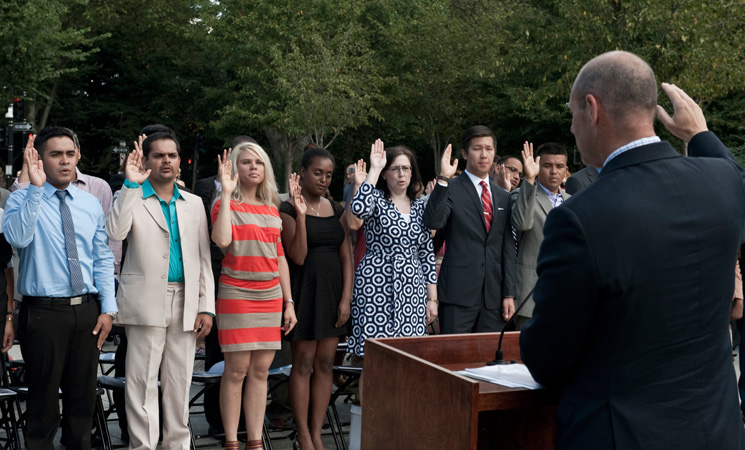 Immigration reform is a current hot topic in the 2016 Presidential race.  The issue has existed for decades but recently come to a head as the nation wrestles with the fundamental problem of how to deal with the millions of undocumented residents.  Perception is critical.  Many Americans perceive these illegals as being cheap labor, taking jobs from US citizens.  They feel that such immigrants don't pay taxes and abuse the government for entitlement handouts.  This leads to hatred, disgust, and a desire to not only deport all these illegals but also to build physical barriers to entry along our nation's borders.

I'm here to say this is not only un-American in regards to the unalienable Rights of humanity, but also un-American in how it casts aside equality of opportunity.

What I'm proposing is a different perspective on immigration reform.  Unlike other candidates, my reforms tackle the issue for both the poor/uneducated illegal immigrants and also for STEM capable illegal immigrants as well.  This is done through visa reforms and a path to citizenship built around 21st century technology.  If an immigrant truly wants to integrate into American society, truly wants to contribute to our economy, and wants to dedicate their life to this great country of ours, I want to let that happen.  I also want to tackle the immigration problems at the source, namely through an admittance by candidates that huge influxes of immigrants occur because of problems in foreign countries.  When a country faces internal strife, citizens will flee.  This happens in Mexico, across Central America, in Europe and the Mid East.

The reforms I'm proposing strike a good balance between the left's desire to care for human beings and the right's desire to ensure economic viability.  So please, go take a look at my thoughts on immigration reform.