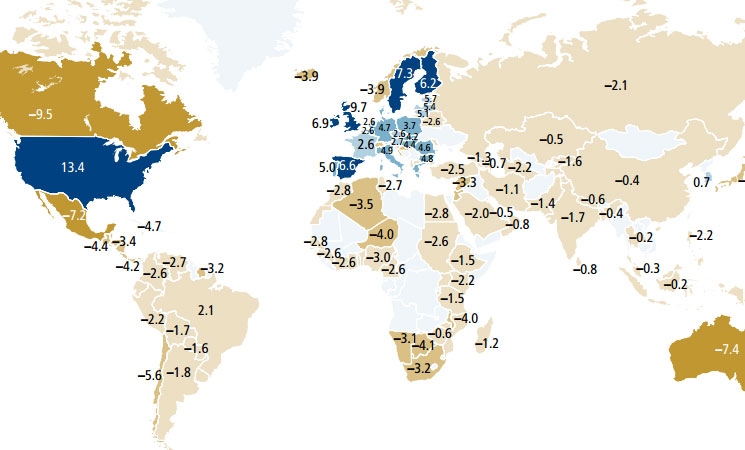 Trade agreements are not receiving anywhere near as much attention as they should. News about the TPP, TTIP, TAFTA, etc get pushed aside in favor of more well-known topics and Donald Trump. It's a shame because the trade agreements that the Obama Administration is pushing for greatly reduces our ability to fix the systemic problems underlying our great nation. Everyone complains about the lobby influence, about corporations buying our representatives, about how income inequality is an issue, how wages aren't going up, how small business suffers, lack of jobs, and more... yet here are trade agreements that take those very real problems and exacerbate them. The rich will get richer, lowering the cost of medicines will become supremely difficult, new jobs to help bring people out of poverty and boost the middle class aren't created, and worst of all, these agreements make "buy European" just as valuable as "buy American." They betray everything that this country is supposed to be about. BOTH parties are at fault. Corporations pushing for this do so not because they care about America but because they care about their profits.

These agreements are a disgrace in their current (super secret) form. I've posted my stance on the matter.

In short, they suck. Horribly. Unless you want monopoly protections that cripple healthcare and the internet as a whole. Then they are good agreements.

Take a stand, America. Blame all parties for their selling out.