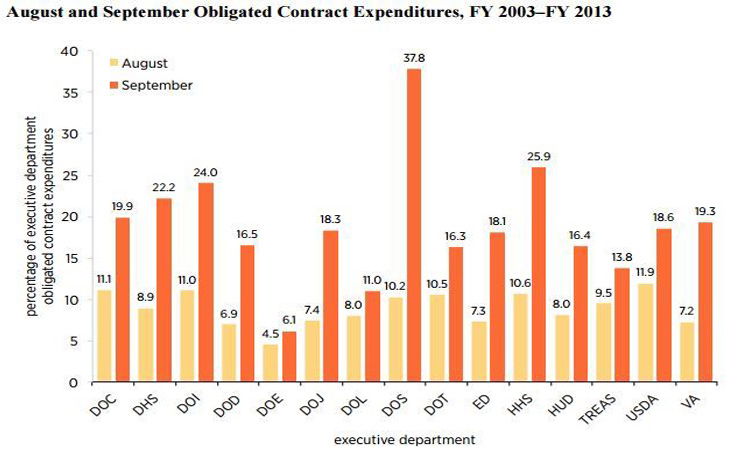 One area neither party has tackled this 2016 election cycle thus far is procurement reform, nor the topic of government waste. When it comes to government spending, the focus mainly resides in the area of entitlements- Social Security and Medicare. It's true that healthcare costs are a major driver of government spending and will continue to grow unless they are brought under control. That's why I proposed intellectual property reforms and healthcare reforms to combat that growing cost by giving more opportunity for innovation, competition, and by increasing transparency into the trials and effects of medicines.

Just because healthcare is the main driver of government entitlement spending doesn't mean we shouldn't strive to achieve cost savings and efficiencies elsewhere. What I've done is taken a look at numerous issues related to government procurement- that is, the way in which the federal government buys goods and services- for sources of wasteful spending. There are a lot, more than I any of us could be aware of. Between the culture of contracting (ie, being "free" with the spend of money) and poor practices approved by Congress (ie, older, more expensive pricing info being considered valid for future purchases), billions of dollars are wasted every year. That's money you and I contribute in the hopes that it will be used properly.

Thus I give you my thesis on procurement and government waste. There I describe some of the major problems with procurement and spending before offering up a plethora of solutions. And finally, I give you a very rough cost savings estimate. Spoiler alert - it's over $150 billion per year. I honestly think that's a low-ball estimate, too. It could easily be $200 or $300 billion.

Click here to read more about the procurement process, where government spending fails, and ways to fix it.