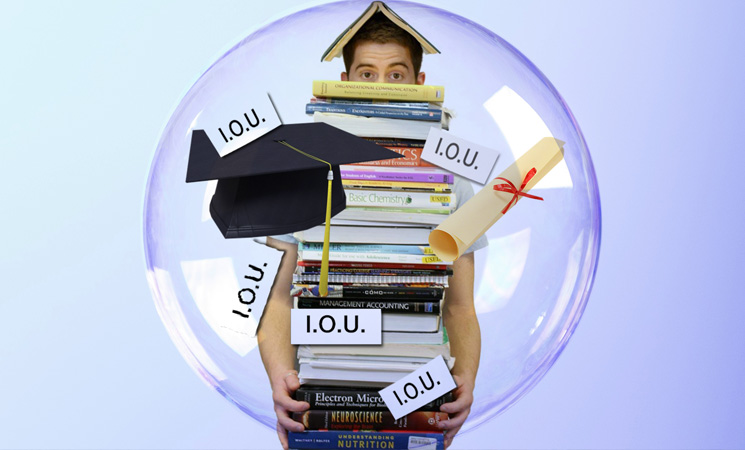 Student loan debt is a major issue. As of June 30, 2015, the average federal student loan debt amounted to $28,973 with the average federal and private student loan debt amount ranging from $35,000 for undergraduates to $207,000 for medical school graduates.1 Debt is a major issue, delaying college graduates' ability to fully participate in our economy during their initial years entering the workforce. Most graduates will earn more over their lifetime with a degree, but we all know that the first or even second job right out of school usually doesn't pay that well. Low pay coupled with rising rents and home costs overly burden our 20-somethings.2

I have plans to change that.

As defined in my thesis on education reforms, there are a couple things we can do to tremendously reduce the student loan burden. The first thing we can do is tie the student loan interest rate to the average rate of the 3-year Treasury note over a 365 day period. This will immediately save all students at least 15-20% on their overall repayment amount while still collecting enough interest to fund the ~$1.4 billion Federal Student Aid Office under the Department of Education.3 The second thing we can do is allow of student loan payments to be a pre-tax deduction, similar to a tradition IRA. Doing so helps lower the tax burden for borrowers, on top of the benefits gained from my other tax reforms, resulting in more economic easement.

All that being said, what I now offer up to you is a sample law that I would introduce to the Senate to achieve such actions. Clocking in at 9 pages, the law would be titled the "Student Loan Interest Reform and Relief Act." The entire bill can be read here. As an Independent running for Congress, being able to craft legislation plays a role in electability. I have no government experience outside of contracting work, thus this bill demonstrates my capacity to write law.

Read the entire bill here or below. Current members of Congress wishing to support such an initiative are more than welcome to take this and introduce it to the current Congressional session 🙂

(1) See What is the average amount of a student loan? from Edvisors.